Perhaps enlightenment comes when we have lived long enough to realize that most everything we have been taught is if not totally wrong, it has been mostly wrong.

We are taught from the time we could first walk that the world is linear.  You went to school, you tried to behave because you were told either the good man was watching you or the boogie man was.  You were forced to go to Church where you were taught to be honest, share, be kind to others and believe in the wrath of a loving God.

You were forced to go to various schools where your teachers, your preachers or your school mates were always there to reinforce this kindness by a good paddling, a ruler across your knuckles or a cruel word with a parting punch.  At night you were to pray for terrifying things… “if I should die before I wake…”.

As you grew older you were taught other important facts of life like denying pleasure, or your ever-growing sexual curiosity and avoiding at all costs touching yourself or (heaven forbid) seeing someone naked.  All the while money merchants peddling television shows or movies with people getting their heads blown off by the dozens, or fair-haired maidens being raped or strangled and liking it.  Old fashioned blood and horror sells popcorn.

You graduated at every level with a degree in guilt, confusion and hypocrisy.  Boys and girls were labeled as “good” or “bad”.  Easy-Peasy!  Boys were permitted more latitude…a mischievous lad could just be sewing their wild oats.  (Wink, wink, nod… nod)   For Girls they were only “good” or “bad”.  Take your pick, princess, tart or slut.

Smokes, drinks, tokes and other drugs were all illegal no’s!  Except for the dispensaries which gave legal side effects like bloating and gas, terminal episode, oily discharge or exploding toes.

At the end of the education process came a fork in the linear road.  Military for some, labor for most.  At this juncture is where the wheel comes off the cart.  New lessons begin.  The road not so linear.

For those that took the road to the military… forget kindness.  God sayeth to slay your enemies as quickly and efficiently as you can.  Death from the sea, land and air.  Suddenly God doesn’t care.  In fact, Military pins for sins.  All sides fighting for political dullards and elites.  Dead children in the street.  Heros long buried or sucking their thumb… a lifetime of nightmares of what they have done.

For those taking the road to labor.  Business based on a foundation of lies, cheats and thieves.  The bigger the business the bigger the bugger.  Got to grease that wheel.  Maximize profits while keeping overhead low.  Complain about a 60-hour week?  Want to see your kids or wife?  Gotta let you go Joe.  Maui for the boss.  Grope for Mary the secretary.  Always told we are free to come or go but most chains are unseen… likely more slaves but we’d rather not know.

The married road we are supposed to.  Not really sure why we do.  Yup, children too.  All in the cards that I never agreed to.  Heaven forbid any that are different, of color or gay.  Long ago taught that we were all of God’s children but apparently not.

Told from the start who I was supposed to like, love the country, flag and the fight.  Big brother winds us up like toys and we’ll go on all night.

But I’m glad I am old now.  I have went off road not needing direction.  As every road of life leads to the same inclination.  Just foreign shores… nothing more.  It is all just a lore.  Just someone else’s fantasy that I played a part.  I won’t end that way though… I made a new start.

No Doctor’s, hospitals, nursing homes, medicines of those we all dread.  I need not their help to get here to dead.  I fear not the dark, nor the light or death’s open door as it is more familiar and welcoming than their foreign shore

Suddenly I’m free now that I don’t give a damn, I may have just enough time to learn who I really am or who I should have been without the “big” scam.

You see I’ve spent a lifetime of learning a lot about nothing and have learned nothing about a lot.   Now it is my time to learn of my own choosing… those of other worldly things as the drones continue snoozing.

Maybe as my hourglass lets the last sand grain fall.

I will find inner peace and a familiar shore at the end after all.

Lets have a Laugh 4 hours, 26 minutes ago

marie41-2 posted an update in the group

cuddlysteve posted an update in the group

waylander posted an update in the group 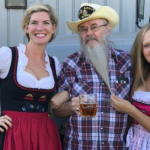 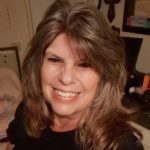 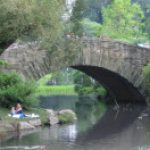 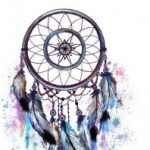 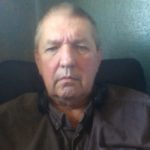 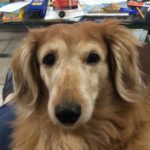 Lets have a Laugh 4 hours, 26 minutes ago